Has your garage door ever opened by itself?

How to measure for a garage door

It’s almost summer and that means that the temperature will be rising and homeowners will be opening windows doors, and, yes, their garage doors. And it is precisely now that you have to keep a lookout for the criminal elements who want to capitalize on everyone’s new found openness.

Police warn that it is at this time of year that many types of common theft are on the rise. Since many people are leaving their garage doors open, the rise in car thefts has risen proportionally. It might mean the theft of cars or theft of things left inside cars, or even thing sitting around in the garage. Most thieves grab what they can from an open garage door. Maybe they take a bike or power tools. Sometimes people leave the wallets on the front seat of their car, and some even leave their car keys the ignition! An unsecured garage also allows for an easier home invasion.

With lots more walkers on the street, there are more chances of being hit by a car theft burglary by someone who looks like they’re “just walking by”. It’s important to make sure that  you take precautions and secure your garage door. You might take solace in the fact that car thefts are among the most easily prevented. 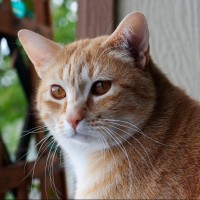